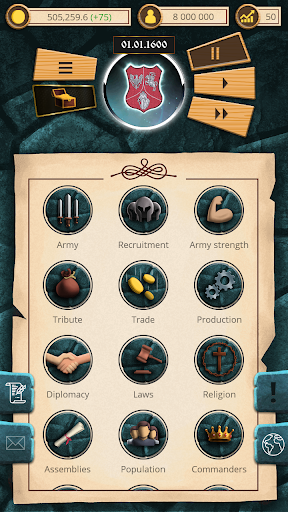 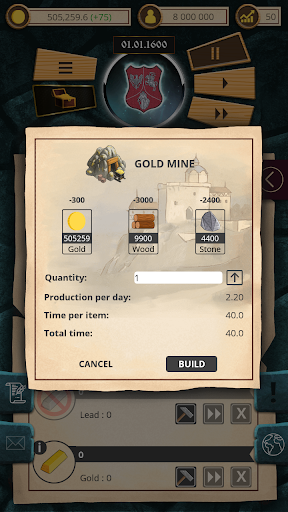 Age of Colonization is an exciting geopolitical strategy people play in the whole world. The game doesn’t require Internet connection.
Become a ruler of one of the largest countries in Europe. Are you ready to battle with the Roman Empire, powerful France and England, aggressive barbarians? There are more than 40 medieval countries in the game.

Main features:
● Build an army and a fleet;
● Take on espionage missions and diversions;
● Attack other countries to annex them or to take their resources;
● Defend your territory from other countries;
● Enter into peace agreements;
● Produce food, resources and military equipment;
● Sell the excess products to other countries, buy products you need;
● List of historically accurate events;
● Ordain laws;
● Organize international meetings, promote your suggestions for voting;
● Choose an official religion of your country;
● Increase the amount of produced goods thanks to researches;
● Appoint the commander of the fleet, land army, the commander in chief, chief for collecting tribute, building and trade;
● Colonization;
● Fight separatism on conquered territories.

We are constantly working on improving the gameplay and interesting updates are coming soon.
Thank you for playing the “Age of Colonization”. Enjoy one of the most exciting strategies.

We are constantly updating our game: release new functions, and also increase its productivity and reliability.