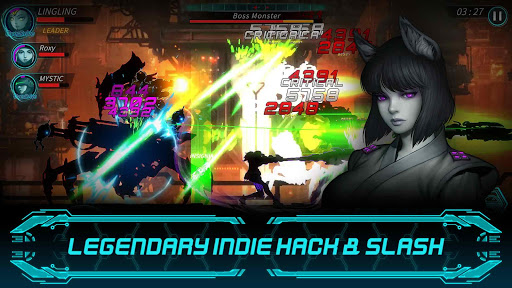 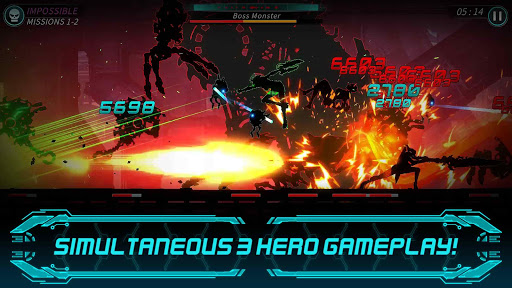 Featuring the original dark silhouette, yet vibrant graphics, this is the official sequel to Dark Sword.

In the world ruled by machines hacked by Azi Dahaka, join the rebellion with female cyborgs, Fatima, and save the human race.

‘Dark Sword 2’ Features
▶ Enhanced Graphics: Incredible dark silhouette action RPG in sci-fi world setting, Dark Sword is back with even more vibrant graphics and quality. Enjoy the beauty of dark silhouette action.
▶ Advanced Gameplay: You are not alone! Form a 3-member squad and battle! Play more powerfully with the tag system and co-op team mode. Hack & slash gameplay has been enhanced as well.
▶ Diverse Characters: Deploy female cyborgs, Fatima, each possessed with different skills and abilities, and play strategically using tags and compatibility rates between each Fatima.
▶ Massive Content: Enjoy over 100 missions with unique cyborg monsters and powerful bosses of overwhelming sizes. Make Fatima more powerful by acquiring various parts, items, and battle gears.
▶ Play offline and on low-spec devices: Although gameplay, graphics, and content have all been enhanced, the game still runs optimally on low-spec devices without taking up much storage space. Enjoy the game without Internet as well (Some contents may be limited when offline).

Will Fatima be able to save the human race?! Assist us and change the future!