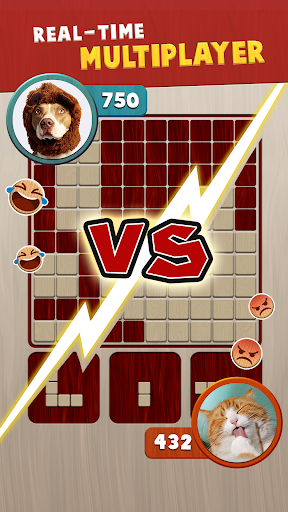 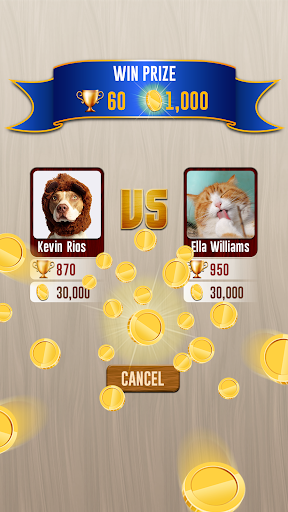 Compete for Online Glory! Fast-paced multiplayer battles from the makers of Woody™ Puzzle!

After months of hard work, we are delighted to announce the official launch of Woody™ BATTLE worldwide. It’s smart, competitive and joyously good fun for those who thrive in contests of skill where you can outsmart, outmaneuver, and outplay your opponents.

Woody™ BATTLE promises a fair game for all players with its randomly generated blocks. In a match, both players will be given the same blocks set. And the winner is the one who scores higher. And because matches are only three minutes long, you can get a game in anytime.

TOP FEATURES
– Real-time 1v1 battles against real players from across the world
– Live streaming your opponent’s progress
– Replay System allows you to watch previous matches back – with interest. You’ll be able to analyze what went wrong or right. The Replay System is a great tool for both improving your game, as well as creating some amazing in-game clips and sending them to your mates.
– Fight for the top of the leaderboards in global rankings
– When you need something less competitive, play Solo Practice Mode and enjoy endless hours of fun.
– Challenge Friends by Google Play Service: You can chose your opponent by searching nearby players, inviting a specific friend to a match and more

HOW TO PLAY
– Drag the given blocks and drop into the grid space.
– Remove the blocks by making a full line horizontally or vertically.
– Get 10 points for each line destroyed
*** Beware! The game will be ended when you don’t have enough space to put a given block into the grid.

HOW TO WIN
– The goal of each player is to reach the target score faster than the opponent before time’s up.
– Each match will be 3 minutes long. After time’s up, if no one reaches the target score, the winner is the one that has higher score.
– If both players are out of moves, the winner is the one that outscores the opponent.

Important notice
Woody™ BATTLE is free to play, but you can make some purchases for in-game extra lives (you can disable this in your device settings)

We hope you find this new game fresh and joyful.

CONTACT
For any questions, suggestions, feedbacks or comments, please e-mail us at support@athena.studio

We will be constantly updating the feature to enhance the experience, improve quality and reliability for you!

Looking forward to hearing from you!
Lots of love.
Woody team
To improve Woody Battle for you, we regularly bring updates to the Play Store with improvements for both speed and reliability.
Challenge friends: you can play against your friends at anytime or anywhere you like.
We look forward to receiving your valuable feedback for continuous improvement at support@athena.studio
Thank you for your support.