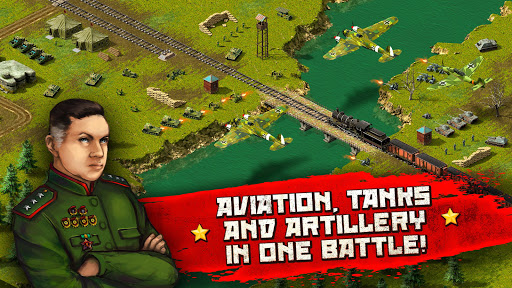 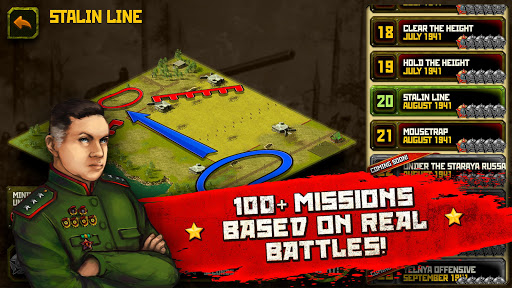 On September 1, the World War 2 began. In our game you have to go through these difficult days. In the game you will find a lot of missions based on real battles, starting with the battle for Dubno, ending with the capture of Berlin!

You have to prevent the German blitzkrieg. Fight in the streets of Stalingrad and in the fields of the Battle of Kursk.

A key feature of our game is the ability to control troops in real time, as in the classic strategies of the early 2000s.

The game features more than 100 types of military equipment, starting with the legendary T-34 tank, ending with the German heavy tank Tiger. In this case, each unit has its own unique characteristics.

~ Campaign for the Great Britan: Battle of Britain, D Day, Battle for France, Normandy, Battle of the Bulge and other battles in Western Europe!

~ More than 100 unique missions based on real events.

~ Management of technology in real time, many scenarios for the passage of missions.

~ Huge number of units on the map during the battle.

If for some reason you have not completed the purchase, click on the restore button in the premium section.

All questions and suggestions you can send to the support team: admin@appscraft.ru
In this version of the game:
– New tanks: BT-5, IS-3, SU-122-44, T-44, PUMA
– New artillery: Self-propelled anti-aircraft gun, anti-tank gun 100 mm.